Now that it’s dark by dinner time and there’s no baseball to watch, I highly recommend cozying up to a 1942 comedy called Ship Ahoy. Released in May of that year, that is just six months after Pearl Harbor, it combines lots of laughs, great music and dancing, one surprise, and an almost naïve patriotism, given the sacrifice and casualties to come, which, of course, people were only beginning to imagine.

The laughs are provided by Red Skelton and his movie sidekick, Bert Lahr. The latter, best known for his role as the Cowardly Lion in The Wizard of Oz, steals the show. The writers not only gave Lahr the best lines, but he delivers them with exquisite timing. In one scene, for example, he asks a steward to bring two pheasants and a magnum of champagne to his state room.

“What year?” asks the steward. 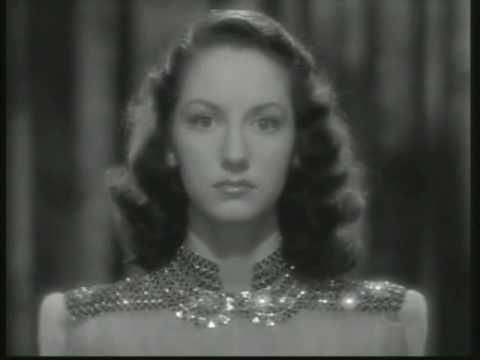 Contributing to the comedy is Virginia O’Brien, who is the answer to the question, “Hey! Who is that girl in those 40s movies who always plays with a straight face?”

Tommy Dorsey and his orchestra deliver the great music. Indeed, the movie opens with Dorsey in the spotlight playing his signature song, “I’m Getting Sentimental Over You,” which is followed almost immediately by “Hawaiian War Chant,” another big Dorsey hit. Eleanor Powell delivers on her dance numbers, performing several entertaining tap dances and I don’t even like tap dance, so that is an indication of how entertaining they truly are. Dancing to “I’ll Take Tallulah,” Powell makes her way over tables and chairs and around a swimming pool and . . . just watch the clip that appears below. Also contributing a dance number are James Cross and Eddie Hartman (Stump and Stumpy), an African-American team whose scene is dropped-in seemingly at random. This made it easier, however, for that scene to be cut when shown in Southern theaters at the time.

The surprise is in the form of the Dorsey band’s singer who appears twice, but is uncredited. Some guy named Sinatra. Interestingly, the names of Buddy Rich and trumpeter Ziggy Elman do appear in the credits.

As for the plot, such as it is, Skelton plays a hypochondriac pulp novelist who is tricked into taking a cruise to Puerto Rico, by Lahr, his valet. Lahr spends his time chasing after O’Brien, while Skelton and Powell fall in love at first sight. Of course, Powell has been tricked by evil German agents (and one stereotypically-presented Japanese) into carrying a magnetic underwater mine in her luggage, which is to be delivered to a Nazi U-boat. It all turns out well, of course, thanks in part to the fact that Eleanor not only knows how to tap dance, but also knows Morse code as well. You can put those pieces together.

Ship Ahoy is fun to watch for the cultural details of the time, from the seam up the back of Eleanor Powell’s hosiery to a scene in which Tommy Dorsey and Red Skelton speak nothing but the slang of the time. (“Are you reet? Groovy!”)

The movie concludes with Dorsey, Skelton, and Lahr in Navy uniforms, although Dorsey’s is a rather stylized combination of a naval officer’s and a doorman’s. Powell and O’Brien are in service uniforms as well.

After the final credits have rolled the reality of the time is brought home to those of us watching some 75 years in the future by this message:

In May of 1942, the Japanese were a threat to overrun Australia and Hawaii; German subs were routinely spotted off the Atlantic Coast of the United States and were sinking more Liberty ships than we were producing. Ship Ahoy is not Mrs. Miniver, the Best Picture of 1942, but it is a little slice of the time, a forgotten morale-booster, that made folks laugh and marvel and in the end, suggest, that we could win the war, when that was not at all a foregone conclusion.

Watch Ship Ahoy. The music and the dancing and the jokes still play. The laughter and joy and hope that it elicited still echo.

You know the guy that records a baseball game from the West Coast in July and doesn't watch it until January just to see baseball in the winter? That's me. I'm a writer always in search of a good story, baseball or otherwise.
View all posts by Austin Gisriel →
This entry was posted in Uncategorized, World War II and tagged 1940s comedies, Bert Lahr, Eleanor Powell, Frank Sinatra, patriotic movies, Red Skelton, Ship Ahoy, Tommy Dorsey, Virginia O'Brien, WW II. Bookmark the permalink.