It should come as no surprise to my long-time readers that the only historical figure to appear in The Secret of Their Midnight Tears trilogy is a baseball player. Cletus Elwood “Boots” Poffenberger was the most colorful character in professional baseball during his career which lasted from 1934—1948, excepting 1943-1945 when Boots played for the United States Marine Corps.

Readers will remember that Buck Marsh was a well-regarded baseball player himself in and around Marsh Point. He enlisted in the Marines and, after fighting on Guadalcanal and elsewhere, he was assigned to the Fleet Marine Force (FMF) in Hawaii. Boots was assigned to this same branch of the Marines, although Boots main (only) job was to play baseball, for the Parris Island team initially, and then for FMF. From the chapter, “May 7, 1945” of I’ll Remember You All: 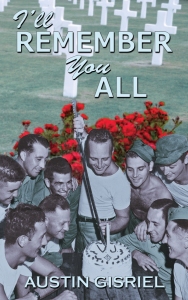 Buck looked around Furlong Field and at the players playing catch. The Fleet Marine Force team was taking on the Aeia Barracks team and while this might officially be a 14th Naval District Baseball League game, the only way that Buck would ever see this much major league talent again was to go to a major league ballpark. Sure, Bob Feller was on a battleship—at his own insistence—but most big leaguers had been assigned to service teams. Their contribution to the war effort was to keep the fighting men entertained by playing ballgames. In fairness, it would be awfully bad for morale if Pee Wee Reese, who was playing for Aeia was killed in battle or half the St. Louis Cardinals were lost at sea.

All the details in the above paragraph are historically accurate. The only item that isn’t is the game itself, but I have a poetic license, and I used it! Boots starts for FMF and pitches a complete game victory. After the game, Buck meets Boots in a bar—no surprise to anyone who knows anything about Boots—and the two discuss Buck’s potential as a baseball player.

As you know, I wrote Boots Poffenberger: Hurler, Hero, Hell-Raiser, and, therefore, did not have to do any additional research when looking for details for a service baseball game in Hawaii, but there is another reason that I included Boots in the trilogy’s final installment: It was

researching Boots’ life that inspired The Secret of Their Midnight Tears in the first place.

Boots was from Williamsport, MD, where we used to live, and the town was the first in the United States to publish and distribute a newsletter, the Dug-Out for its men and women in the armed services during World War II. The town museum houses a complete collection of the Dug-Out, and Jerry Knode, Boots’ step-son who was the museum’s caretaker, was only too happy to lend me the collection. I read about the Army Aircraft Warning Service, which had placed an observation post in Williamsport, on a hill overlooking the Potomac; I read about rationing, and who was stationed where, and what service men and women did on leave, and abuot news and gossip. I knew facts about the home front, but I had no idea up to that time how people (i.e. my parents among others) felt about events, what they laughed at, what they hoped for, and how they all coped.

An entire way of life sprang up on December 7, 1941 and essentially disappeared on August 14, 1945. Given the loss and the sacrifice that occurred during this time, it is no wonder that folks were far more interested in moving forward then they were in preserving the war-time way of life. Having that way of life revealed to me is really what The Secret of Their Midnight Tears trilogy is all about, and if you have enjoyed the series, you can thank Boots Poffenberger.

You know the guy that records a baseball game from the West Coast in July and doesn't watch it until January just to see baseball in the winter? That's me. I'm a writer always in search of a good story, baseball or otherwise.
View all posts by Austin Gisriel →
This entry was posted in Boots' biography, Writing and tagged Boots Poffenberger, Boots Poffenberger: Hurler Hero Hell-Raiser, Dug-Out, The Secret of Their Midnight Tears, Williamsport MD, Williamsport Town Museum. Bookmark the permalink.