Beginnings can be a funny thing because quite often, we don’t know when something has actually begun. Only after time and through reflection can we realize that a particular moment marked a beginning. What we “begin,” of course, is a journey of some kind that is bound to lead us to many forks in the road. Somewhere, today (it’s a Saturday as I write this) there is a future Hall-of-Fame baseball player playing on some dusty little diamond with all the other eight-year olds in town. Maybe he knocks in the winning run or makes a great catch and today begins to think, “Hey, I can play this game!” 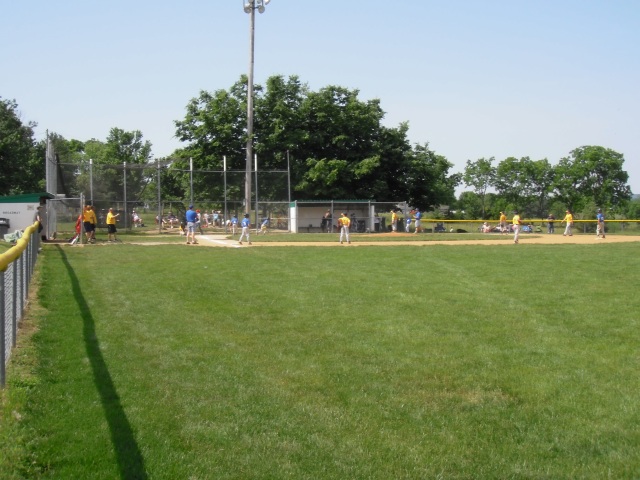 If this kid’s coaches at the least don’t do more harm than good, and if he plays well in front of the right scout, and gets signed to the right organization, and gets a chance to advance and continues to improve, then all of a sudden, today’s Little Leaguer is a Major Leaguer. Except, it’s not “all of a sudden” because just getting to this point already represents a 14-year journey, give or take a couple of years.

These journeys fascinate me and are a prime reason that I so enjoy college summer baseball. I have witnessed the moment that players realize that their baseball journey is over; that moment when they recognize that their talent will take them no farther. Then there was the night in Rebel Park in 2010 when I witnessed a young left-hander named Blaine Sims get signed by an Atlanta Braves scout. All of us in the New Market Rebel organization who were then remain very proud of Blaine and grateful that we were there “at the beginning.” Blaine is now with the Houston organization and in his sixth minor league season. He is trying to master the knuckleball and has not made it above the High A leagues, but then such journeys often involve a fair degree of struggle.

Sometimes, such struggle results in success. Brett Gardner, Javier Lopez, Clint Robinson, all played in the Valley Baseball League and now play in the big leagues. Corey Spangenberg, who played for the Winchester Royals in 2010 has appeared in 30 games for the San Diego Padres this year and is hitting a very respectable .274. His mom bought a copy of Safe at Home: A Season in the Valley at the VBL All-Star game in Harrisonburg that year. I’m sure that all these guys at some point, occasionally gaze up at the capacity-filled stadiums in the big cities in which they now play and remember summer nights in front of 200 people sitting in lawn chairs in the evening shadows of the Shenandoah.

None of those three players nor any other Valley League players with whom I’m familiar are destined for the Hall of Fame, but then only 2% of all major leaguers ever end up in baseball’s Valhalla. What an interesting journey that must be! Of course, if you are wise enough to enjoy the trip, then every journey is an interesting one, wherever it may lead you and whenever it may end.

The New Market Rebels are conducting an IndieGoGo fund-raising campaign in order to purchase new uniforms. The Rebels are a non-profit organization run entirely by volunteers. Click on this link if you wish to read more about our efforts and to possibly contribute (earning Rebel goodies!) You will be helping the people who help guide these ballplayers on their journeys.

It is almost always fun to look back once our journeys are completed, especially if they are successful. Even my non-baseball fan readers know who Cal Ripken is and you can click here for my recounting, recently published on-line by the Society for American Baseball Research, of Cal’s major league debut. His first year was not a Hall of Fame season, but that just goes to show that perseverance is a prerequisite to any successful journey.

You know the guy that records a baseball game from the West Coast in July and doesn't watch it until January just to see baseball in the winter? That's me. I'm a writer always in search of a good story, baseball or otherwise.
View all posts by Austin Gisriel →
This entry was posted in Life is Interesting, Uncategorized and tagged Blaine Sims, Brett Gardner, Cal Ripken, Clint Robinson, Corey Spangenberg, Javier Lopez, New Market Rebels, Rebel Park, Safe at Home: A Season in the Valley, Valley Baseball League. Bookmark the permalink.