Yesterday afternoon, when Roch Kubatko reported that the team had voted unanimously to play last night’s game in Tampa, I took solace in the fact that my team was standing up for facts over emotions. I tuned in to watch the game in the evening, but got the impression from Scott Garceau that MLB had cancelled the game. Then, this morning, I read on the MASN website that my team decided not to play last night’s game. My team took a hike. I thought that I would be angry or disgusted, but I am surprised to find that I am hurt. At 63, I’ve been a Baltimore Orioles fan since Wally Bunker toed the rubber for the Birds, but now my team has decided to voice a political opinion in direct opposition to my own. You see, I would not take a day off from my job to protest the wounding of a wanted felon, especially one who was wanted for sexual assault, and was in the process of drawing a weapon on the police. 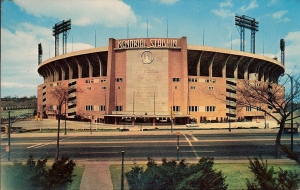 You did this in the name of “social justice,” a term none of you can define because its definition is so nebulous that it has become, not a term for justice, but for justification. It is used to justify vandalizing public buildings, assaulting police, harassing citizens, and burning down businesses. Your boycott of last night’s game says that you justify those things, too, but I don’t.

So, how can the Baltimore Orioles remain my team?

Put another way, perhaps in terms that you will better understand, I am paying you to play baseball. As individuals, you can hold any political position that you want, but your contract with me is to entertain me. You broke the contract, one that I have held as sacred since I was 7 years old, but one for which you clearly have no regard. If I were your garbage collector and decided that I needed to not pick up your trash this week because I wanted “social justice,” you would probably call the sanitation department and report me. You’re entitled to your beliefs, but your sense of entitlement is beyond offensive—it is hurtful.

I won’t be able to bring myself to watch tonight’s game, but not because I’m boycotting the Baltimore Orioles or Major League Baseball. I’ve been jilted, and right now, to even see you, is too painful.  I admit that I’ll probably cave at some point—maybe by tomorrow—because those childhood heartstrings are numerous and sensitive and I’m not sure that my adult self can reason with them.

You’ve left us incredibly sad. Not that you care.

You know the guy that records a baseball game from the West Coast in July and doesn't watch it until January just to see baseball in the winter? That's me. I'm a writer always in search of a good story, baseball or otherwise.
View all posts by Austin Gisriel →
This entry was posted in Baseball in General, Life is Interesting and tagged Baltimore Orioles, baseball players boycott games, MLB boycott, Wally Bunker. Bookmark the permalink.